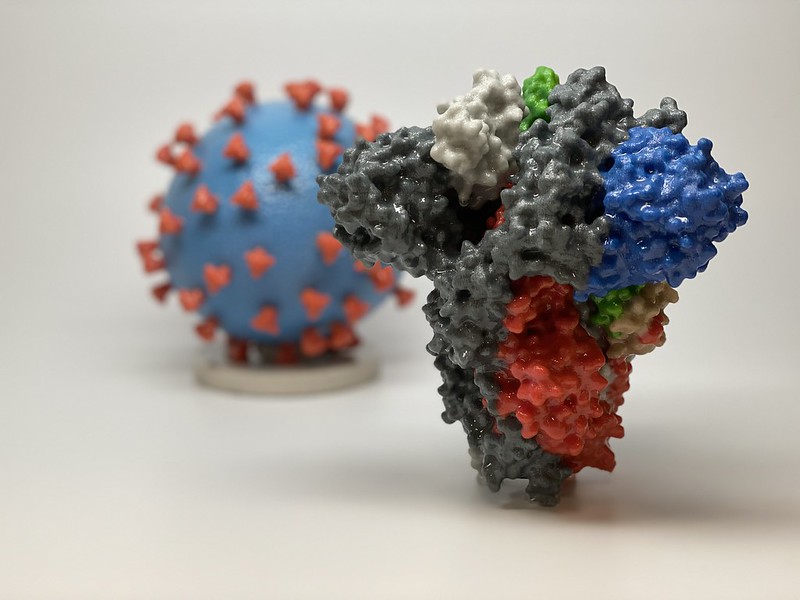 “Investigation of SARS-CoV-2 proteins as a potential vaccine targets and development of companion diagnostics for use in nonhuman primates.”

Non-human primates (NHP) are a top research model for human diseases due to similar immune systems and disease susceptibility. In early 2020 as the SARS-CoV-2 pandemic was unfolding, NHPs became a critical animal model to study infection, disease, treatment, and vaccines against SARS-CoV-2. The susceptibility of NHPs to SARS-CoV-2 raises significant concern for welfare of captive NHP colonies, their use in research, the validity of studies, and for potential transmission to or from humans. Accurate antibody-based diagnostics may prove essential to preclinical studies for development of vaccines for human use and to ensure integrity of research studies where a subclinical preexisting SARS-CoV-2 infection could cause confounding results. PCR based tests would not detect animals recovered from SARS-CoV-2 infection. Finally, a vaccine designed for use in NHPs may help protect animals should SARS-CoV-2 remain in circulation. A collaborative study between 4 organizations assessed the immunization of six male cynomolgus macaques (M. fascicularis) with recombinant SARS-CoV-2 Spike proteins that could generate neutralizing antibodies. Three groups of 2 animals each were immunized with recombinant Spike S1, recombinant Spike S2, or a mix of the two proteins. Serum antibodies were tested on the CSA: Simian SARS-CoV-2 assay developed by Intuitive Biosciences, both for antibody titer over the course of the study and to evaluate the generation of neutralizing antibodies. The multiplex CSA: Simian SARS-CoV-2 test was developed to distinguish between infected and immunized individuals with a high sensitivity and specificity by evaluating IgG response to several different SARS-CoV-2 proteins. A robust IgG response to the Spike protein was detected as early as 2 weeks after immunization and maintained for over 12 weeks. Using a neutralizing antibody assay, antibodies from the immunized NHP were shown to prevent binding to the ACE2 receptor. Both the successful immunization and the development of the companion diagnostic to distinguish vaccinated from infected animals may prove helpful to groups seeking to screen and protect the animals in their care, without relying on the supply of human diagnostics or vaccines.